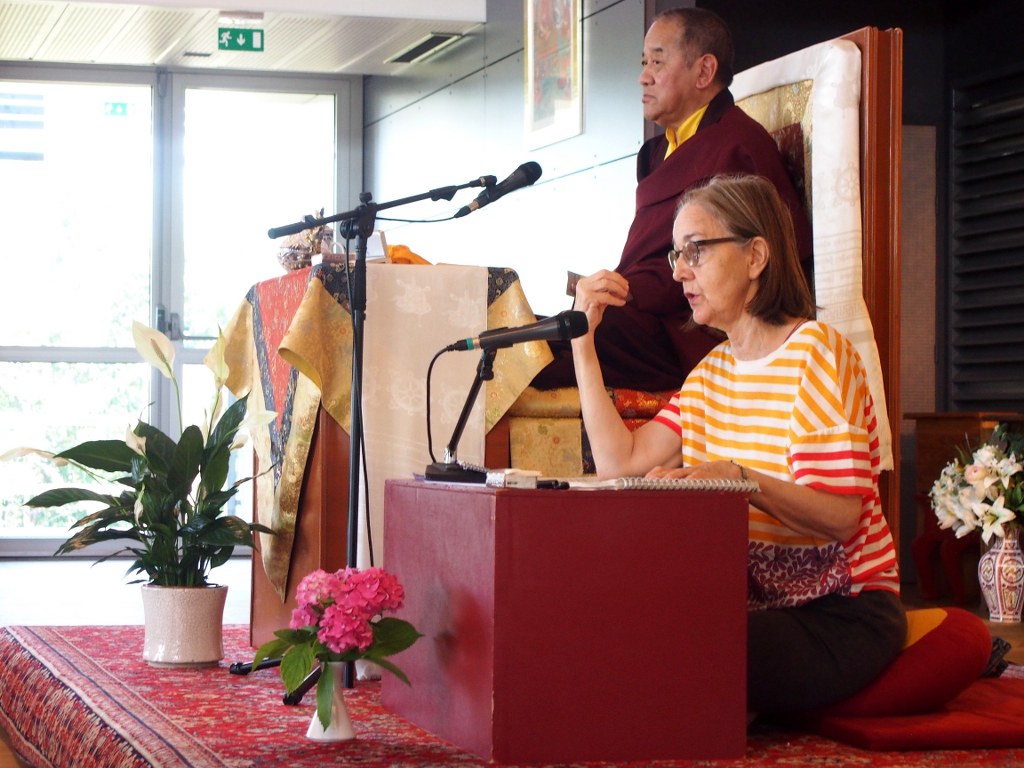 Thanks to Kiki, Khenpo Chodrak Rinpoche’s longtime interpreter, we have access to the words of the teaching, which is given in Tibetan. Both Khenpo and Kiki epitomize thoroughness and precision along with a dose of humor that brings a bit of space.

One of the tenets of translation is rigor regarding the words. For example, when a student asks the meaning of the word merit, as used in Buddhism, here is the explanation given:

In Tibetan, the word for merit is “sönam.” “Sö” means good; it can be used, for example, to talk about a meal at a restaurant when the flavor is pleasant and the ingredients are good quality. In our context, good refers to a good state of mind and good actions. “Nam” means valuable here. Therefore, sönam, or merit, means “states of mind and acts that generate value due to being good.”

Another example is the meaning of the word blessing. In Tibetan, blessing is din lap, which literally translates to wave (lap) of force (jin). When waves break in the ocean, there is no difference between the nature of the ocean and that of the wave. The wind decides the force of the waves. What does this metaphor mean? If a being’s mind is caught up in the wave of afflictions, the force of emotional waves brings only suffering. In this way, beings are “blessed” with their afflictions. If, on the other hand, enlightened mind permeates the individual’s mindstream, his blessing will reflect this. Waves of beneficial force and true benefit for others will naturally arise.

Therefore, it’s necessary to take time to explain the words, be it from the perspective of their etymology, their various meanings, their history, etc. Khenpo Rinpoche and Kiki, a Tibetan scholar and a Western interpreter, manage to do this based on their mastery of their respective language and the wealth of their knowledge. They give us access to knowledge, which is the basis for our contemplation, which, itself, nourishes our meditation.

Furthermore, regarding the word “meditation,” the English word does not necessarily correspond to the meaning carried by the Tibetan word. In English, the word meditate originally meant to contemplate something to gain access to a certain understanding or opinion of a subject. Gom (to meditate in Tibetan) means to cultivate the knowledge obtained through study and contemplation. It is a question of familiarization and deepening meaning to the point of having a direct experience with less and less reasonings. 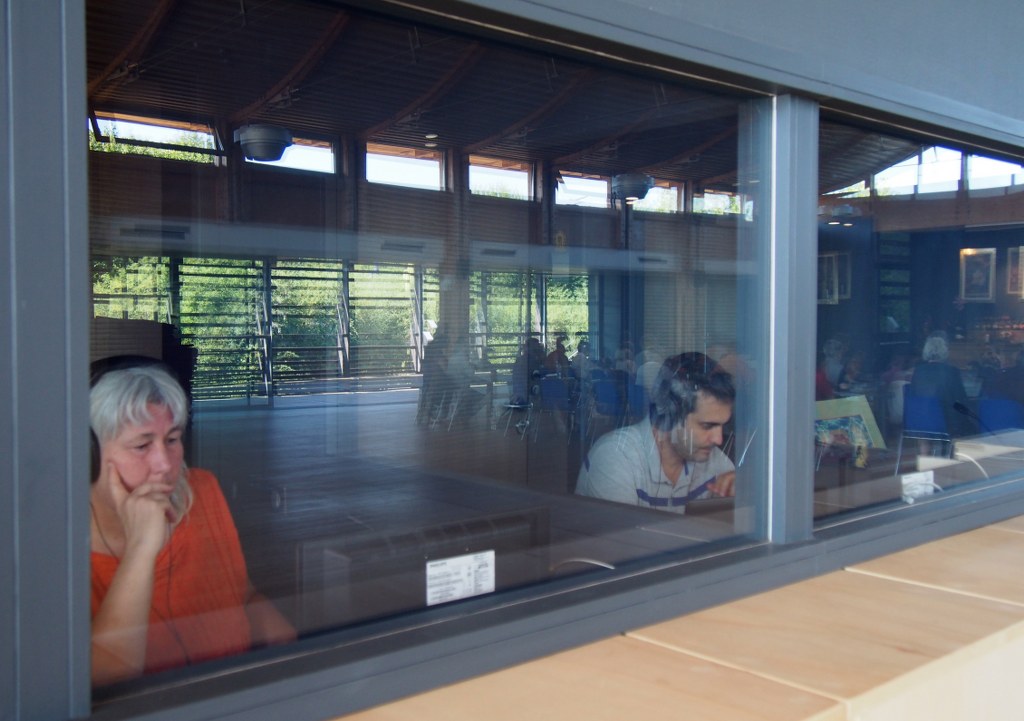 One last thing. As we are at the European Seat of the Gyalwa Karmapa, everyone must be able to receive the teaching in a language he or she understands. The summer university teachings are given in Tibetan, translated in English by Kiki and into French by Olivier. This allows the French, Austrians, Belgians, Germans, and Swiss present who do not understand Tibetan to understand the words of the teaching. And when there are Spanish-speakers present, the teaching is also translated into Spanish.

Translation is one of the essential parts of the transmission of the Buddha’s teaching in Western countries. This was already the case when Buddhism came from India to Tibet. So, this is an homage to translators and to the energy they have invested for so many years to make the teaching available to us.